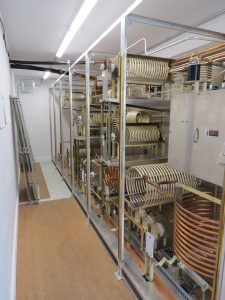 In September of this year the new broadcast operation of the Sher E Punjab Media AM radio station was launched  as a result of new phasing, matching and filtering equipment designed and supplied by Kintronic Labs and installed by GS Broadcast Technical Services that was utilized to facilitate the co-location of  the Sher E Punjab station CKSP operating on 600kHz with a 50kW DA-D/20kW DA-N two-tower directional antenna system onto the existing four-tower 50kW DA-D/N operation of CKNW on 980 kHz in the Vancouver, BC, Canada market. 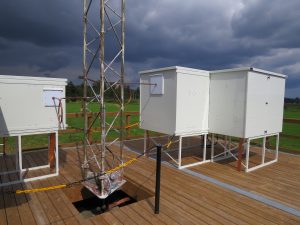 necessary RF isolation for the operators, but that also permit visible inspection of the RF networks during normal operation.  The phasing system was installed in a standard shipping container, which served as a low cost solution for the transmitter building.