Transworld Radio Bonaire officially completed its Power Up project on January 30th with a formal dedication ceremony of the new transmitter and antenna system. TWR is now operating the most powerful transmitter in the Western hemisphere! It is coming in loud and clear in Key West, Florida, demonstrating  that the Power Up project is meeting its intended goal. Where the 100 kW operation only reached a portion of Cuba, Shine 800 AM’s broadcasts are now covering the entire country. TWR President Lauren Libby described the station as “a big voice for Jesus.”

Kintronic has had the privilege of being involved in the technical side of this epic Power Up journey. We installed the 100 kW antenna system back in 2000, that involves separate north, south and Caribbean patterns. Our engineers began working with the TWR staff on design possibilities for the upgrade in 2011, and Josh King, the newest project engineer to join our staff, recalls being apart of the very early stages of planning for the upgrade when he was an intern for TWR Bonaire in 2013. It wasn’t until two years later in 2015 that all the planning turned into a concrete design for the current system and it was officially launched into production. We supplied the tuning units, dummy load, and phasor, as well as the input into the tower re-guying and facilities layout.

Tom King went down to Bonaire in July 2017 to commission the 100 kW transmitter operation into the new antenna system. The final commissioning of the new 440 kW Nautel NX400 transmitter into the Kintronic antenna system was completed in January. We count it a great blessing to have been given the opportunity by TWR to work with their outstanding staff to see this project through from initial concept to reality. It has indeed been an exciting journey to be apart of and a great way to start the new year. 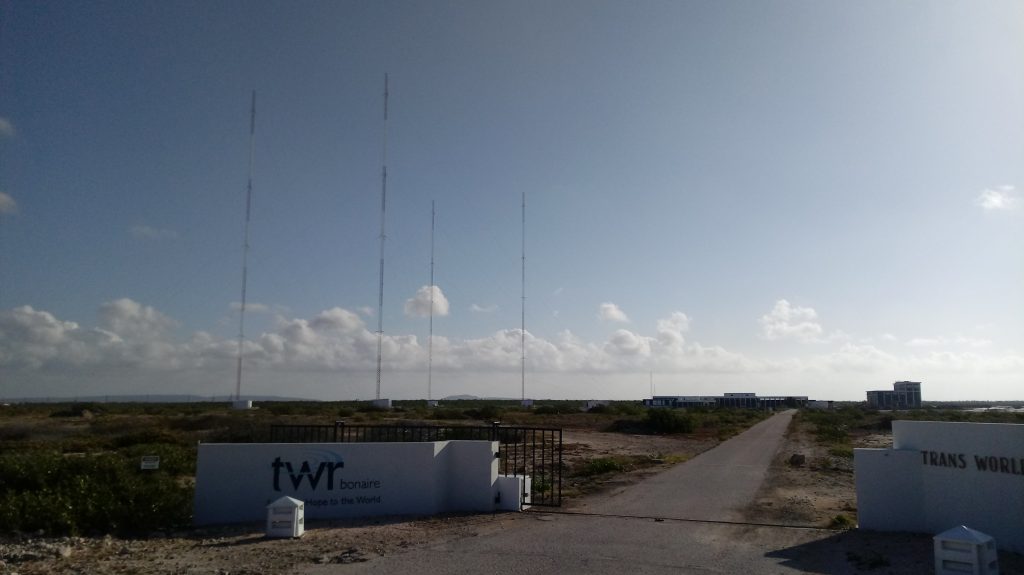